MTGP Perth featuring the hottest Muay Thai and K-1 talent from around the globe.

Common Ideology is a great thing, in fact a wondrous facet of life, when you consider that the beginnings of MuayThai Grand Prix were etched in England, from a sport born in Thailand, and now the great MTGP journey will head to Australia. That common ideology is a shared passion for the sport of MuayThai.

The owners of Gavs Gym in Perth, Gavin Fuller and James Carr (Shorty) have joined forces with the team at MTGP to host what promises to be a night of thrills, spills and elbows for their inaugural Australian event.

The impending arrival of MTGP in Australia has not come about by accident, in fact it’s something that has been mapped out with precision, passion, vigor and a raw enthusiasm to continue to promote the sport MuayThai in Perth, and both Mr. Fuller and Mr Carr felt that a collaboration with a world renowned promotion, such as MTGP, would ‘fit the bill’ with what they are trying to achieve on Australia’s west coast.

The MTGP events have already graced such cities as London, Athens and Paris, with many storied matchups taking place on those events, Perth is next, and the young aspiring fighters on MTGP will have a global platform to showcase their skill-set with the MTGP shows broadcast on UFC FightPass.

To give the opening event a little touch green and gold, the WBC MuayThai has sanctioned a host of WBC MuayThai Western Australia state title contests for this show, with two male titles and one female title tentatively set.

The sport of Muay Thai, now a globally recognised sporting juggernaut, a sport steeped in culture and traditions, is on an upward swing in Australia with a new generation of fighters coming through the ranks, with this mind, this inaugural MTGP event will look to give this new generation a stage to entertain the masses. 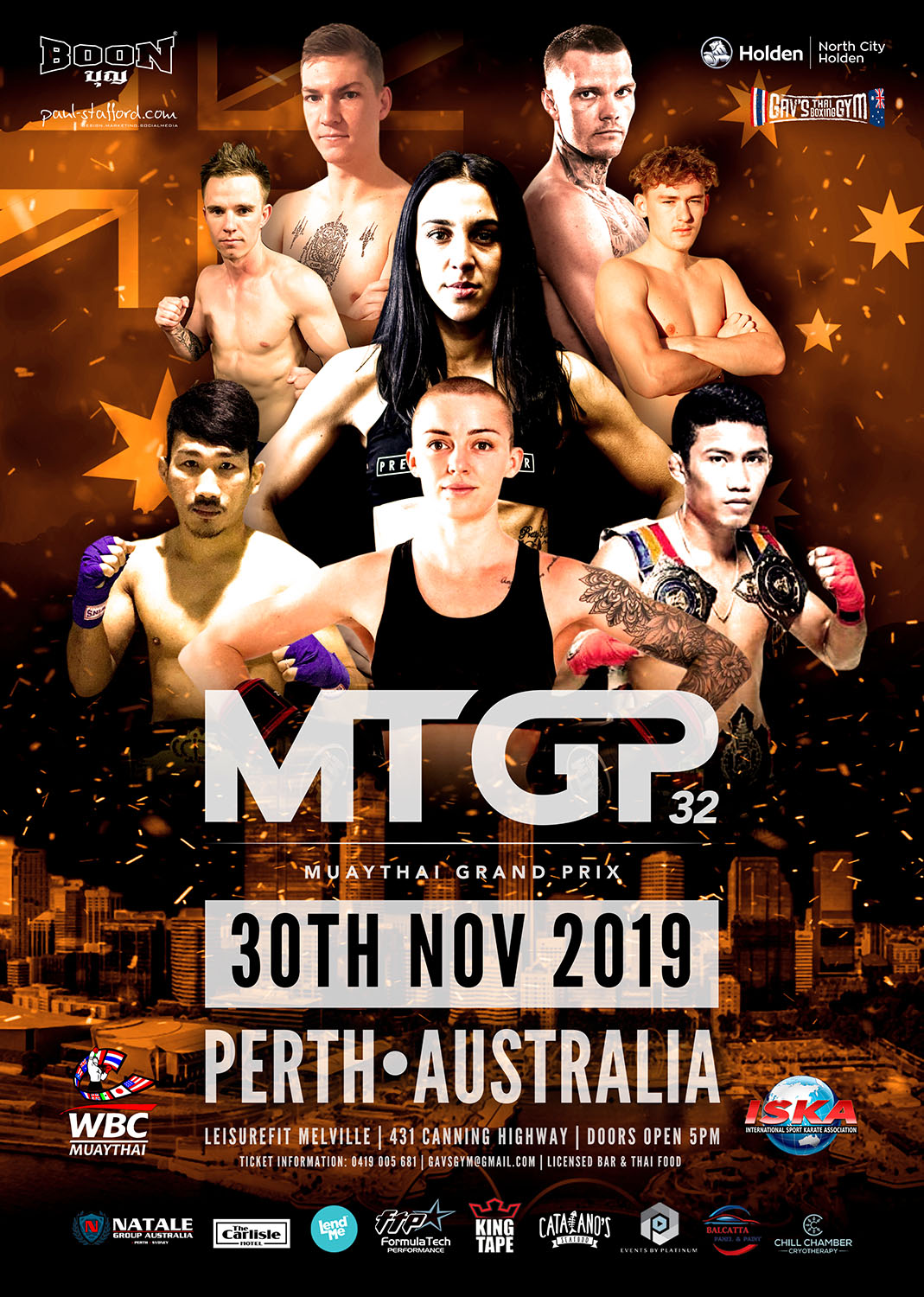