GTG is a traditional style Muay Thai gym with a family feel, located South of the river, in Myaree.
Our style of Muay Thai is “Muay Fiemeu”. We teach Technical Muay Thai, utilising all 8 weapons of Muay Thai.

A schoolfriend of mine had a brother - Michael Tobin, who was training and fighting in Muay Thai.  I walked into the gym, named Nongkee Payhuth at 15 and fell in the love with the sport.

The Nongkee Payhuth name originates from the world-famous gym in Buriam, Thailand, which produced famous fighters, Namphon and Namkabuan. There were 3 gyms in the UK under the Nongkee Payhuth name - Leeds, Manchester, and Osset. Head owner Dean White travelled to Thailand in the late 80's and 90's and visited some of the best gyms in Thailand; SIT O, Nongkee, Muay Thai Plaza, Parkview to name a few.

Dean hosted shows in the UK and we would have the chance to train and fight alongside some of the best from Thailand.  I trained with Michael Tobin in Leeds and came away with 24 fights, 5 losses, retiring at 29.  Nongkee was one of the best gyms in the UK and was named gym of the year in 2007 – producing over 96 Champions.

After retirement, I became a pad man and assisted with the Junior and Fight Teams, preparing fighters for their camps. In 2014 I opened my own gym in Australia and have been operational for 8 years. In that time, we have produced state and amateur world champions.

During my time as a gym owner I have visited some of the best gyms in Thailand including Sitmonchai, FA Group, Petchyindee, Numponthep and Parunchai gym, learning the different styles of Muay Thai from head coaches and fighters.

To ensure authenticity at my gym, I have invited several world champion fighters and respected coaches to teach at GTG over the last 8 years. To find out more check out the alumni trainers section here. 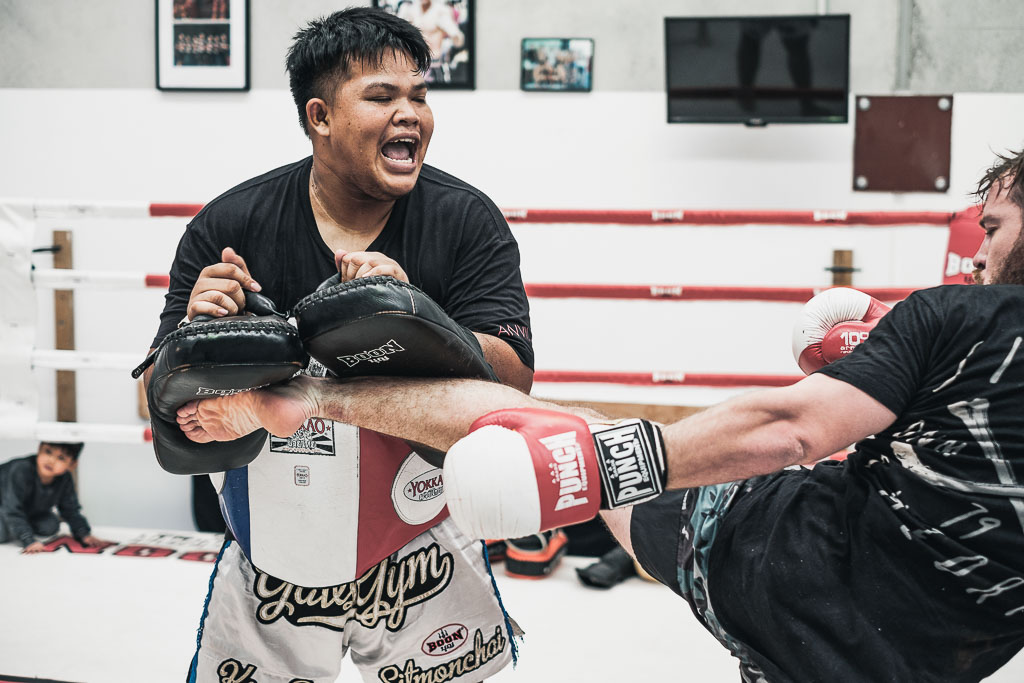 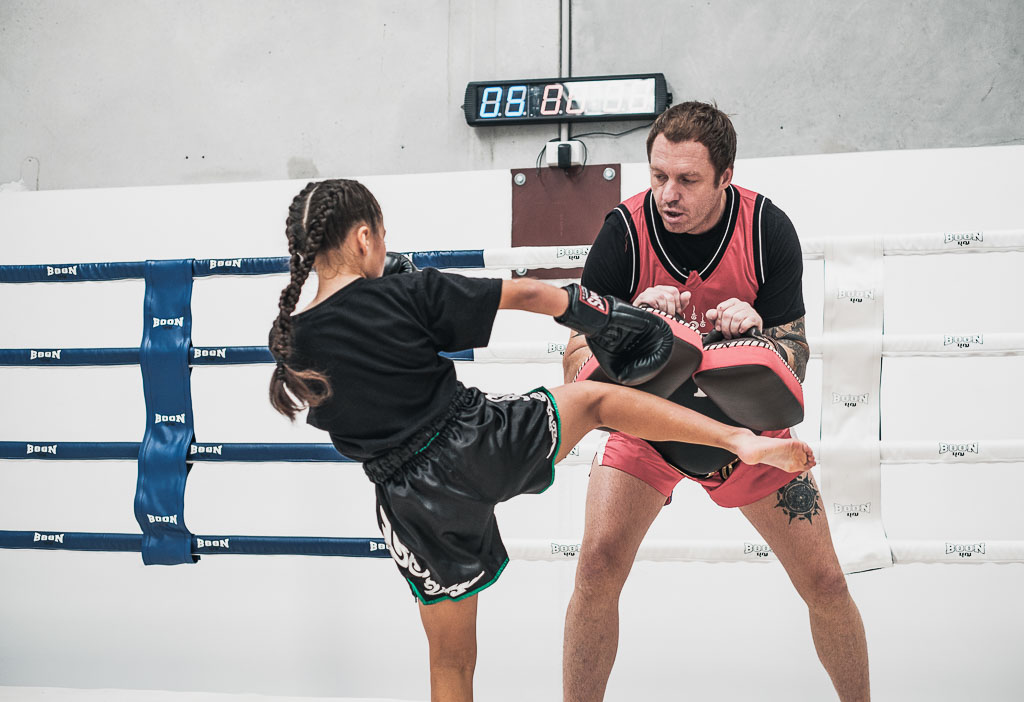 Get exclusive access to Gav's Gym by signing up today!

Training at Gav’s Thai Boxing Gym is based on the training style you would experience in Thailand.

We will teach you all aspects of Muay Thai including: pad work, clinching, sparring and conditioning.

We teach in the style of Muay Fiemeu, using technique and precision to combine all of the weapons of Muay Thai.

You will learn how to read an opponent in the ring and how to use your skills in the most effective combinations, to defeat your opponent.

A top notch Muay Thai gym. Gav brings in top trainers from around the world. I visited when Rungkiet was in town and both he and Gav are very passionate, patient and experienced. Highly recommend!

Fantastic gym with traditional training methods. The whole crew is welcoming and Gav is truly passionate about what he does. Highly recommend.

Top class gym , trainers and all round a family. Gav's a true man of the sport and is more passionate for it than anyone I have ever met.

Very welcoming place for beginners and all levels. I came to the gym with no experience/idea what muaythai is. The trainers are very passionate about the sport. They explain every techniques well, and help us to achieve it. Ever since my first training session, I’ve been coming back regularly.

Gav is an extremely welcoming gym, with experienced top trainers who are knowledgeable and highly motivated to be around. Such awesome energy with a great crowd to train with. Learning the diverse workout combinations from strength and conditioning to muay thai technique and sparring really pushes you to your max in every training session. And the bonus part of it all, I get to enjoy this combat sport alongside my husband and my kids (who are the spectators). Thanks Gav for bringing such a professionally run, enjoyable combat sport gym to our area!!!

Whether you looking to break a light sweat and learn how to kick or you're an advanced fighter looking for a challenging fight camp to get you back into the ring. This gym caters it. It has an official size ring engineered to specifics and high end boutique brand bags, pads, headgear and uniform. Most importantly this is a family owned business and the owner is a passionate Muay Thai fan with years of training experience. He brings active fighters from Thailand as Guest trainers to bring you authentic Muay Thai . It's hard to find real muay Thai training and this gym provides it. 10/10